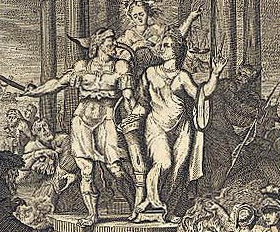 JustWarTheory.com is designed to aid philosophical instruction and research on issues relating to the use of organized armed forces. To this end, it contains resources from a wide range of philosophical and political orientations. Yet, inasmuch as it is a critically annotated resource host, it also has its own dovish editorial slant. On this page I explain why this aspect of the website is pedagogically, ethically and politically justified.

It is exceedingly difficult to stimulate critical reasoning about political ethics without presenting substantive arguments of political ethics. Most (if not all) of the resources to which I link present such arguments, and I do not pretend to be above the fray. JWT readers (including my students) are encouraged to consider the many divergent arguments presented in these pages, including my own brief remarks. But they are also encouraged to judge the issues on the basis of their own critical assessments of what they read, bearing in mind Schopenhauer's warning that "When we read, another thinks for us; we merely repeat his mental process." The purpose of this website is not so much to mold thought as to provoke it.

It is not possible for a website in political philosophy to be neutral with respect to every available position within the field. Every editorial decision about what materials are worthy of inclusion is itself politically meaningful. It is therefore better, more truthful, and more instructive to raise one's editorial perspective to the level of discourse than to hide behind a mask of false neutrality. The up front approach is better because open and transparent political engagement is the sustenance of intelligent civil society.

Moreover, in a regime dominated by a militarized multinational corporate welfare system, we can only secure our liberties by questioning the wars that are fought in their name; we can only support our troops by making sure that their lives are not risked without adequate cause; and we can only care for the broader human community by rejecting uncritical patriotism as both unwise and inhumane. Responsible civic engagement demands that I take care to avoid presenting or linking to any content that might put U.S. troops at risk or jeopardize national security. Yet, it also demands critical scrutiny of any government policy that unnecessarily puts our troops in harms way, that squanders the people's resources, that predictably threatens many thousands of non-combatants, that erodes peaceful international cooperation, and that weakens both global and national security in the long run. In my opinion, occasions are exceedingly rare for waging just counter-terrorism warfare by means of the conventional weapons of international military engagment. I also doubt that wars of regime change are likely to promote genuine democracy abroad. Hence, our post-9/11 counter-terrorism efforts should have proceeded primarily through a broadly multilateral strengthening of the rule of public international law. As the primary means of enforcement, we should have pursued cooperative international police operations and limited military operations directly targeting responsible parties. And the only kind of hegemony we ought to have pursued is a the kind of responsible and broadly inclusive stakeholder hegemony that might credibly promote the global common good. So far we have not been heading in that direction, but it is not too late to alter course.